One of the greatest strengths of the College of Liberal Arts and Sciences at UIC is the vibrant diversity of our students, staff, and faculty. LAS is made up of individuals who bring different backgrounds, perspectives, and life experiences with them, and our most profound accomplishments result from conversation and collaboration among these many viewpoints.

The College is thus committed to doing all that it can to maintain and support meaningful diversity, and to take full advantage of this diversity by ensuring inclusion and promoting the flourishing of all members of the LAS community. This attitude and the actions it implies are part of the fabric of daily life in LAS, and are expressed in a wide range of its programs and activities.

The LAS Committee on Diversity, Equity, and Inclusion is constituted to advise the Dean of LAS on matters of diversity, to support diversity initiatives in the college, and to serve as a conduit of information and communication between the Dean of the College and its faculty, staff, and students on diversity-related issues.  The committee is charged with identifying and highlighting both areas of strength and areas where attention is required, and with helping the college set diversity priorities.

Structure of the Committee

Diversity Initiative for Graduate Instructors: Workshop Series
Awarded to the Philosophy Department Graduate Program Coordinator and a 4th-Year graduate student to launch and run the Diversity Initiative for Graduate Instructors workshop series, aimed at bringing together UIC graduate instructors across LAS to combine resources and insights, tackle common issues, and examine pedagogy practice to learn together to make classes more accessible and inclusive. The awardees will coordinate with the Center for Teaching Excellence to transition the workshop and any resulting data, case studies, and relevant other information into their future programming for graduate student instructors.

Increasing Gender Diversity among Economics Majors
Awarded to four faculty in Economics (including the Director of Undergraduate Studies) to develop four special events involving four carefully selected female guest speakers to present their research at a level that is accessible to students with little knowledge of economics. These speakers will also be part of a panel that will include one or two of the proposers and some other students to provide information about the economics major at UIC. They will also develop a mentoring program for students enrolled in ECON 120, matching advanced students with students in the introductory-level course. Both initiatives will help students in general, but both will be tailored with the special aim of increasing the percentage of women who choose to major in ECON, addressing widespread gender inequality in the field.

Academic Advising Staff Mentoring Program
Awarded to four members of the LAS Academic Advising staff to better support advisors of color through a mentorship program for new and veteran advisors of color, or from historically marginalized backgrounds. This will be a two-tier program that pairs incoming advisors in the relevant groups with veteran mentors and mentorship of the veteran advisors who are mentors to incoming advisors by LAS professionals in advanced administrative or leadership roles. There is also money for professional development in the form of conference attendance by one or two pairs of mentors and mentees.

Highlighting Diverse Identities to Empower the Next Generation of Mathematicians and Scientists
Awarded to faculty in Earth and Environmental Science and Chemistry, and staff at the Math and Science Learning Center to support positive science and math identity development in students by celebrating diversity and creating a sense of belonging through a photo backdrop installation at the Math and Science Learning Center that leverages the hashtags #ThisIsWhatAScientistLooksLike and #ThisIsWhatAMathematicianLooksLike that have been popular in social media campaigns to increase the visibility of women, minorities, first-generation experiences, individuals with disabilities, the LGBTQIA+ community and more. There are three main components to this initiative – a student designed photo backdrop competition, promotion of the hashtags on social media, and a showcasing of the photos and stories of our students on a display in the MSCL. There will also be a student design competition for two wall graphics.

The LAS Council on Diversity, Equity, and Inclusion was constituted to provide a venue for the individual units to exchange information with the College (through an LAS Associate Dean and the LAS Diversity Committee) and with each other. 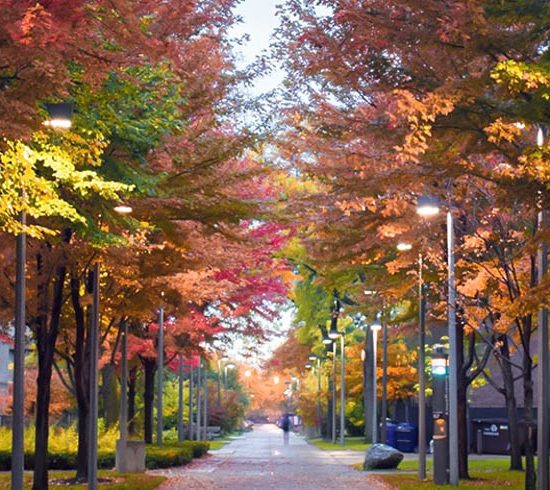 Request Support from the Office of Diversity

Campus Leadership in Times of Change

During these times of unprecedented change, campus leadership has stated “At UIC, we are committed to addressing the deep systemic injustice of racism and advancing equity and inclusion for all people in Chicago, in the nation and around the world.  We are a community that values our differences, our diversity, and our shared compassion for humanity. We will always strive to be one grounded in mutual understanding and respect.” They have also brought our attention back to what Dr. Martin Luther King Jr. called the “fierce urgency of now.” Please see Campus and UI System Announcements below: