About the University of Illinois Chicago (UIC)

UIC is among the nation’s preeminent urban public research universities, a Carnegie RU/VH research institution, and the largest university in Chicago. UIC serves over 34,000 students, comprising one of the most diverse student bodies in the nation and is designated as a Minority Serving Institution (MSI), an Asian American and Native American Pacific Islander Serving Institution (AANAPSI) and a Hispanic Serving Institution (HSI). Through its 16 colleges, UIC produces nationally and internationally recognized multidisciplinary academic programs in concert with civic, corporate, and community partners worldwide, including a full complement of health sciences colleges. By emphasizing cutting-edge and transformative research along with a commitment to the success of all students,  UIC embodies the dynamic, vibrant, and engaged urban university.  There are 260,000 UIC alumni.

About the College of Liberal Arts and Sciences (LAS)

As the largest UIC College, LAS is a diverse community of academics and students who are actively involved in learning and sharing knowledge across a wide range of fields. We provide top-notch, research-rich undergraduate and graduate education that equips students to participate as active citizens in a global community of many cultures, languages, and opportunities. Students can choose from study opportunities that span the humanities, social sciences, natural sciences, and interdisciplinary programs.

In the College of LAS, we aim to provide more than just career preparation. We provide the knowledge, skills, and scholarly foundation necessary for long-term personal and professional success.  We aspire to achieve a level of national and international recognition with our faculty’s strong dedication to ensuring access for students and maintaining excellence in scholarship. We believe that a liberal arts education serves as a foundation for life-long learning and provides a gateway to the pursuit of flexible career opportunities.

A Vibrant Community Committed to Diversity...

World-Class Faculty at the Helm...

Advancing the Frontier of Knowledge... 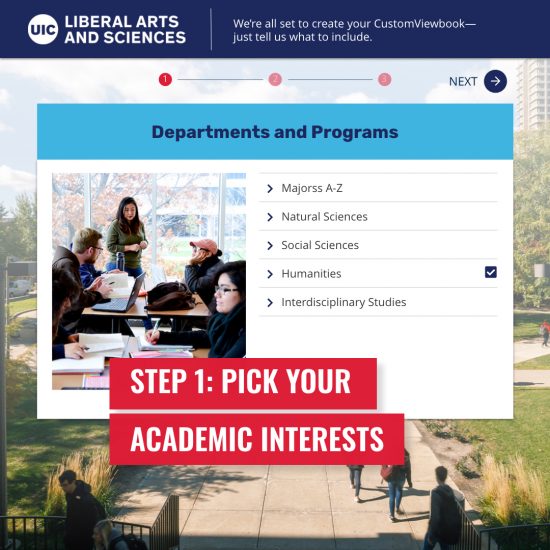 Explore all that LAS has to offer by creating your own personalized digital viewbook!  Simply choose your preferred academic and student life interests and gain instant access to a customized view of the College!